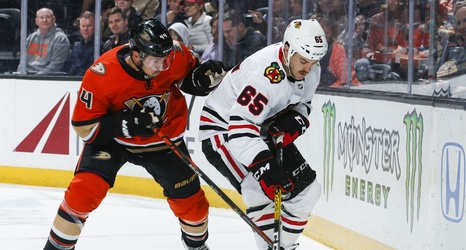 Life has been tough for our Anaheim Ducks since the turn of the calendar year. A relatively high scoring affair against Nashville kicked off a three-game homestand with a shootout victory. A victory so crushing to the Predators that they chose seppuku, falling upon their sword and removing their coach. However, this was to be the only victory of the homestand.

As has been a trend this season, the Ducks played their way in front before preceding to give up a bunch of goals against the currently hot running Columbus Blue Jackets. However, the last game against Dallas may have been the most crushing yet.