Ducks at Coyotes Series Recap: Ducks on the rocks 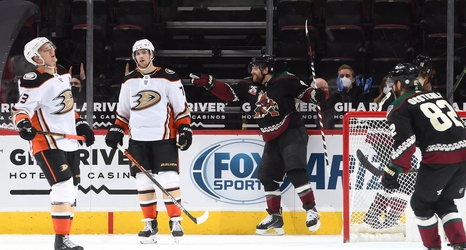 Anaheim blowing a lead by three goals is something that’s not uncommon, and in their last two games against the Arizona Coyotes, they did just that. The Ducks were back in Glendale for the final time this season, where they took commanding 3-0 leads in both games before deciding that maybe they didn’t want to win after all.