Anaheim Ducks: What Can Dallas Eakins Learn From the Past? 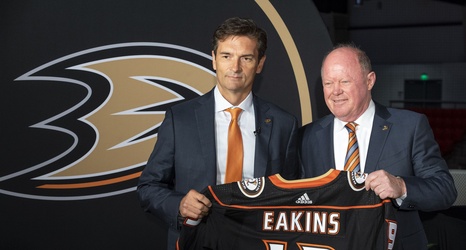 Dallas Eakins is the third coaching hire that the Anaheim Ducks will have made under General Manager Bob Murray‘s stewardship over the past decade. Bruce Boudreau, when hired, was a darling of the analytics community after his relative success with the Washington Capitals. After a near-unprecedented run of success, he was let go by the Ducks and replaced by former Ducks and Maple Leafs coach Randy Carlyle.

Following Carlyle’s first season at the helm, in which the team reached the conference finals, disaster struck in the form of injury and the Ducks spiraled downwards over the two following seasons.