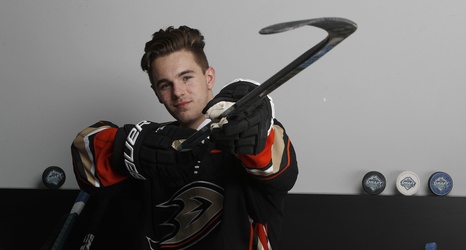 Brayden Tracey has taken the next step in his hockey career. Reported Wednesday evening, the Anaheim Ducks have signed the 18-year-old Alberta native to a 3-year, $925,000, entry-level contract. He has only played 13 games in his second full season with the Moose Jaw Warriors but is already standing out as one of the best WHL players this year.

Unfortunately, due to Ducks camp and an unfortunate suspension that was handed to him after a headshot, Tracey’s season has been limited to 13 games. Nevertheless, the 18-year-old already has a 22 point season. His 1.7 point-per-game pace is currently the best in the WHL.