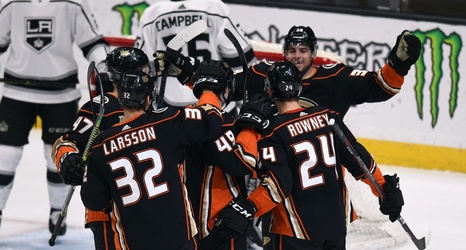 We have finally have made it to September, and that means we are one month away from the Anaheim Ducks taking the ice once again. The agonizing months of sitting on last year’s titanic collapse are over. Some players have moved on to other pastures, while most have stayed within the flock. Seeing some of the new skaters perform last year gave us some pictures to imagine the success this team might have seen if injuries didn’t ravage them.

Coming into this year, there are a lot of possibilities for this team’s success. The most important parts to look at are the younger prospects and their production, John Gibson‘s Vezina worthy play, and how they will fare against the rest of the Western Conference teams.