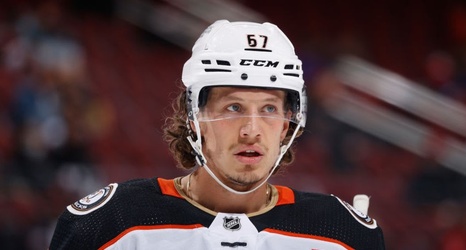 It is no secret that several players on the Anaheim Ducks have been involved in recent trade rumors. It was just last week that veteran center, Adam Henrique, was placed on waivers, sparking controversial trade talk to fly rampant through the fanbase. A few days later, Bob Murray was linked to the Vancouver Canucks, reportedly working on a trade involving Jake Virtanen and Danton Heinen.

While the speculation surrounding a Henrique or Heinen trade has settled down, for now, another interesting piece has found its way onto Bob Murray’s trade block.