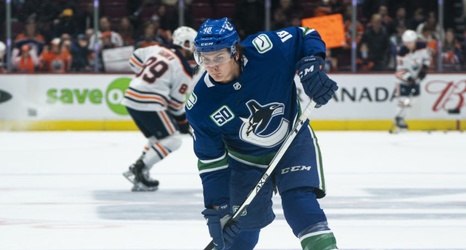 According to reports earlier this week, the Anaheim Ducks were said to be pursuing a potential trade for Jake Virtanen of the Vancouver Canucks. Thomas Drance, who primarily writes about the Canucks for the Athletic, has suggested that the potential trade isn’t likely to get over the line in the near future, which has also been confirmed by Elliotte Friedman via Twitter. However, it’s still worth considering the pros and cons of the idea.

#Canucks and Ducks have been grinding away on a potential Jake Virtanen deal, but I’m told that nothing is imminent for now.