Anaheim Ducks Face Corey Perry and Andrew Cogliano for the First Time Since Their Departure from the Team. 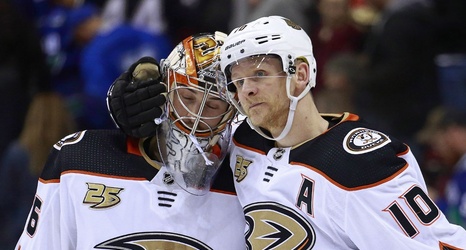 When the Anaheim Ducks drafted Corey Perry in 2003, he made a name for himself as a proven fighter. Of course, he wasn’t afraid to drop the gloves, but he was constantly defying the odds and, night after night, proving that he was meant to be in the NHL. One Stanely Cup, the Rocket Richard, and one Hart Trophy later, Perry, along with his “twin”, Ryan Getzlaf, made a name for themselves as the faces of the franchise.