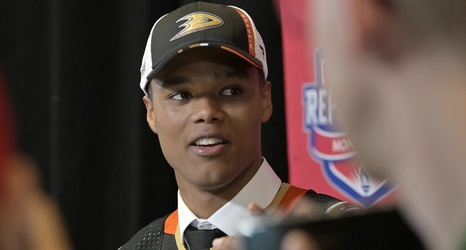 The Anaheim Ducks did damage with their eight selections in the 2022 NHL Draft. After selecting Pavel Mintyukov and Nathan Gaucher in the first round on Thursday night, the Ducks continued building out the prospect pool during Day 2.

Here’s every selection from Rounds 2 through 7.

Noah Warren is still 17 years old, yet one of the most physically developed prospects in the NHL Draft according to Nick Richard of Dobber Prospects:

“He puts that large frame to good use, consistently finishing his checks and winning battles along the boards or in front of his net.