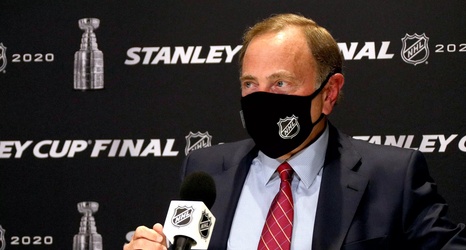 Despite the fact that it is now the backend of September and the Stanley Cup Playoffs are in the final round — just a handful of days from what would’ve been the October season openers in any other year — League Commissioner Gary Bettman remains certain that the 2020-21 season will be a full 82 games and the 2021 playoffs will return to the previous format.

“I anticipate playing a full season next season, 82 games, full playoffs,” Commissioner Bettman said during his annual press conference ahead of the Stanley Cup Final between the Dallas Stars and Tampa Bay Lightning.