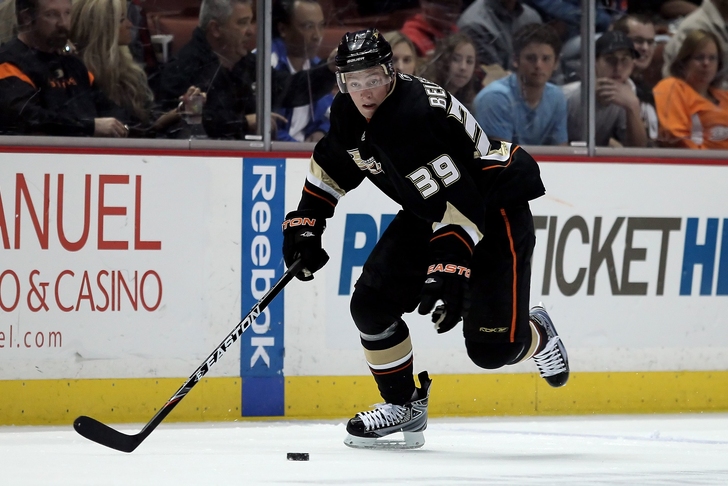 The Anaheim Ducks are currently fielding calls on injured winger Matt Beleskey with under 24 hours to go until Monday's NHL trade deadline, per sources cited by The Fourth Period.

Beleskey, 26, is currently in the final year of his contract and can become an unrestricted free agent July 1 if he remains unsigned. He's expected to return to action in two weeks, and despite negotiations with Beleskey's agent, the Ducks appear to be gauging the market for him after Saturday's acquisition of winger Tomas Fleischmann.

According to The Fourth Period's report, "one source close to the organization told TFP the Ducks are not overly keen on trading Beleskey, but have been exploring the market on another top-six forward, which could result in Beleskey being moved in a separate trade."

Beleskey has amassed 30 points (21 goals, nine assists) in 56 games for Anaheim, and the Ducks' second leading goal scorer in 2014-15 will likely command a decent haul on the trade market if he is indeed dealt.