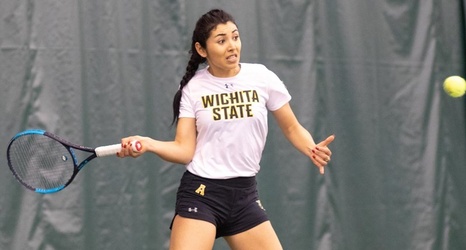 PROVIDENCE, R.I. – The American Athletic Conference has announced the winners of its weekly men’s and women’s tennis honors for the week-ending March 10.

AMERICAN ATHLETIC CONFERENCE WOMEN’S TENNIS PLAYER OF THE WEEK
Sarvinoz Saidhujaeva • Sr. • Wichita State • Fergana, Uzbekistan
Saidhujaeva went 3-0 in singles matches and was 1-1 in completed doubles matches to help Wichita State to three road wins last week. She took all three singles wins in straight sets, earning a 6-3, 6-3 decision at No. 1 against Louisville, while claiming two wins at the No. 2 position - a 6-3, 6-3 victory against Xavier and a 6-1, 6-4 decision against Cincinnati.