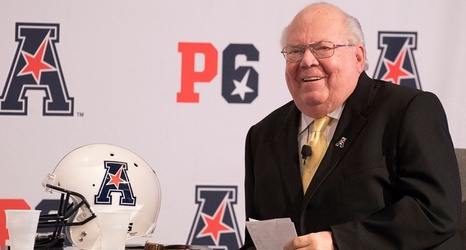 Lundquist, who has served as a leading sports broadcaster for 56 years, will host The American’s signature preseason event for the second time in three years. He will join a group of 42 student-athletes and 12 head coaches who will be on hand to mark the unofficial start of the 2019 college football season.

This year’s attending players include Houston quarterback D’Eriq King, who scored 50 touchdowns in 2018 and has been tabbed as a Heisman Trophy candidate for the coming season.