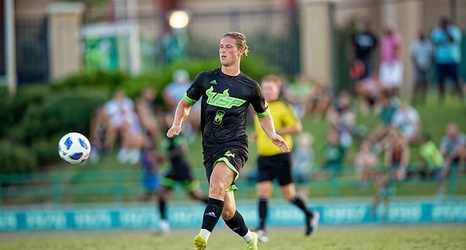 Offensive Player of the Week
Adrian Billhardt * Jr. * F * USF
Billhardt was a key player in back-to-back conference wins for USF, propelling the Bulls to the No. 3 seed for the upcoming American Athletic Conference Championship. He tallied three goals (six points) over both games, beginning with a penalty kick score in USF’s 4-0 win over Cincinnati on Saturday. Billhardt then bookended the Bulls’ scoring in a critical 3-1 win at Memphis on Tuesday, finding the net in the 20th minute and again in the 83rd minute.