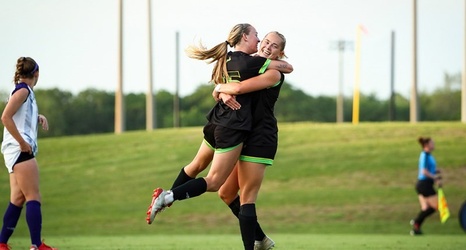 After some early Pirate pressure, the lone goal came in the 12th minute after an attempted clearance bounced off an East Carolina defender into the net for an own goal.