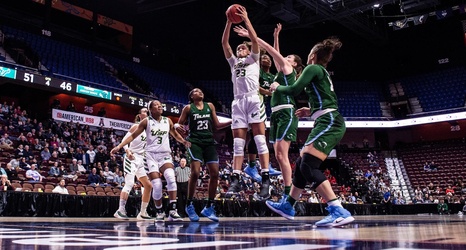 UNCASVILLE, Conn. – No. 5 seed USF will advance to its sixth-straight quarterfinal game after opening the 2019 American Athletic Conference Women’s Basketball Championship with an 61-52 win over No. 12 seed Tulane at Mohegan Sun Arena in Uncasville, Conn., Friday afternoon. The Bulls will take on No. 4 seed Houston Saturday at 5 p.m. ET on ESPN3.