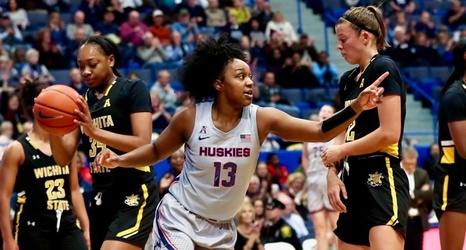 Player of the Week
Christyn Williams * So. * G * UConn
Williams averaged 20 points, 5.5 rebounds, four assists and a steal in UConn’s 2-0 start to conference play last week. Against Wichita State on Thursday, she was all over the court, scoring 19 points on 6-of-13 shooting with eight rebounds and a team-high six assists. Williams then led the Huskies with 21 points (9-of-16 from the field) in 32 minutes at SMU, grabbing three rebounds and dishing out a pair of assists.