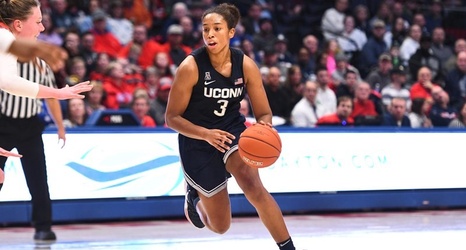 Player of the Week
Megan Walker * Jr. * F * UConn
Walker had a career outing for UConn at Dayton on Tuesday, posting a 23-point, 12-rebound double-double in the Huskies’ 75-37 win. She matched her career-high in boards and led all players in both scoring and rebounds, adding two assists and a block. Walker shot 9-of-19 (47.4 percent) from the field and 4-of-6 (66.7 percent) from beyond the arc as the Huskies rose to 6-0 on the season.