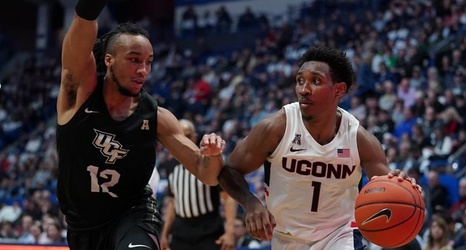 FRESHMAN OF THE WEEK
Marcus Sasser, G, Houston
Sasser helped lead the Cougars back into a tie for first place in The American standings with 21 points and six rebounds in Houston’s 68-55 win over Cincinnati.