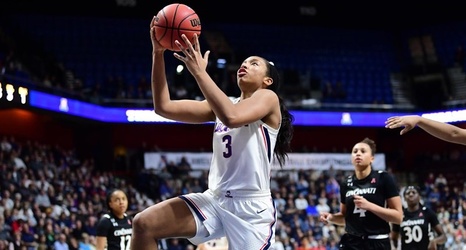 UNCASVILLE, Conn. – No. 1 seed UConn claimed a seventh straight conference championship game victory following a hard fought 87-53 triumph over No. 3 seed Cincinnati in the final game of the 2020 American Athletic Conference Women’s Basketball Championship presented by Air Force Reserve on Monday at the Mohegan Sun Arena. The Huskies completed the sweep of the conference tournament in each of their seven seasons as an American member, racking up their 15th overall conference tournament championship in the past 16 years.

Megan Walker led all scorers with 26 points on a 10-of-21 showing from the floor for UConn, gathering in seven rebounds to earn tournament Most Outstanding Player honors.