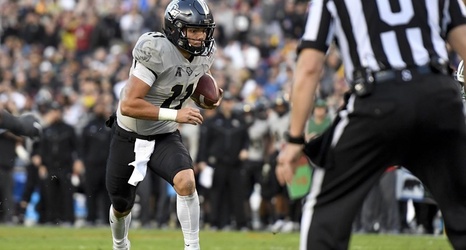 FORT WORTH, Texas — The Davey O’Brien Foundation has announced that UCF sophomore Dillon Gabriel has been voted the Davey O’Brien National Quarterback of the Week for his performance during the third week of the college football season.

Gabriel becomes the second American Athletic Conference player to earn the Davey O'Brien weekly honor in the first three weeks of the 2020 season, joining Memphis' Brady White, who was the Sept. 9 honoree.

Gabriel, a member of the 2020 Davey O’Brien Award Watch List, threw for a career-high 417 yards and matched a personal-best with four touchdown passes in a 49-21 victory over Georgia Tech on Saturday.