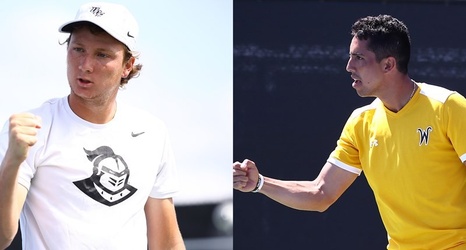 IRVING, Texas – UCF junior Gabriel Decamps, who led the Knights to their first American Athletic Conference title, and Wichita State’s Murkel Dellien, who closed the regular season with 12 consecutive singles wins, have been chosen as The American’s 2021 Men’s Tennis Players of the Year by the league’s head coaches.

A native of Sao Paolo, Brazil, Decamps earned Player of the Year honors after he finished the regular season ranked No.