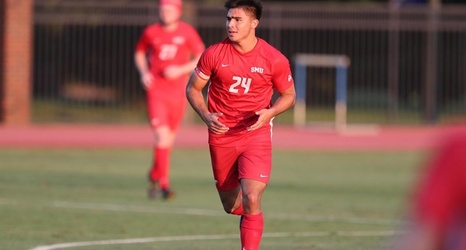 PROVIDENCE, R.I. – The American Athletic Conference has announced the winners of the league’s weekly men’s soccer honors for the week ending Sunday, Sept. 8.

Offensive Player of the Week
Cal Jennings * Sr. * F * UCF
Jennings played a crucial role in UCF’s undefeated week, scoring three of the Knights’ five goals. In Friday’s 2-2 tie with Penn State, the senior scored the first goal in the 15th minute and put the Knights up again in the 42nd minute. He then netted the first score of the contest against UTRGV on Sunday in the third minute, as UCF eventually pulled out a 3-2 win in double overtime.