Twenty Players From The American Invited to NFL Combine 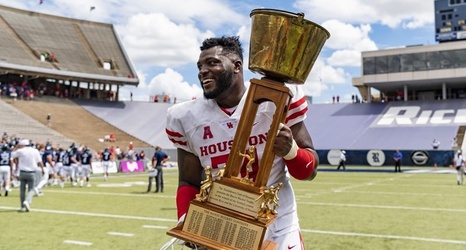 PROVIDENCE, R.I. – A conference-record 20 players from the American Athletic Conference are among the 337 participants who will perform in front of National Football League coaches, general managers and scouts at the 2020 NFL Scouting Combine Feb. 27-March 1 in Indianapolis.

Temple had four players invited to the combine to lead the conference’s contingent. UCF, Cincinnati, Memphis, SMU, Tulane and Tulsa will send two players each to Indianapolis, while UConn, Houston and USF each had one invitee.

The American's 20 participants will be the most in the conference's seven-year history. The American had 18 players in the 2017 combine and 16 in 2018.