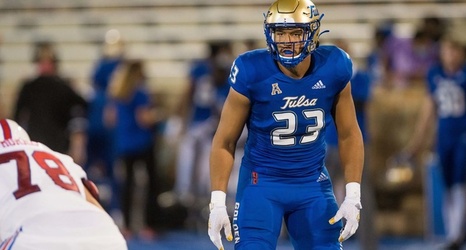 These are the candidates for the award honoring college football's national defensive player of the year. Each of the five finalists – two linebackers, a defensive end, a defensive tackle and a cornerback – plays for a nationally-ranked team, four of which will play in their conference championship games.