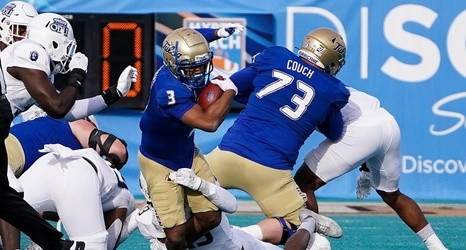 Josh Johnson had eight catches for 129 yards including a 23-yard reception as the Golden Hurricane (7-6) won its second straight bowl game and third in its last four appearances.

As effective as Tulsa’s offense was, its defense was just as good. It held the Monarchs (6-7) of Conference USA to 135 yards through the first three quarters.

Things started strongly for Old Dominion, which won its last five of the regular season to qualify for the bowl, when LaMareon James opened the game in historic fashion with a 100-yard kick return for a touchdown.