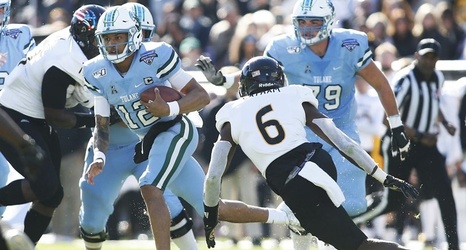 FORT WORTH, Texas -- Justin McMillan threw three touchdown passes in the second half when Tulane rallied for a 30-13 win while renewing a rivalry against Southern Mississippi in the Armed Forces Bowl on Saturday.

The Golden Eagles (7-6) took a 13-0 lead after Jack Abraham threw a touchdown and ran for a score on their first drives, but the quarterback took a hard shot on his last snap before halftime and didn't play again. They also lost top running back De'Michael Harris to a hamstring injury in the first half.

Tulane (7-6) tied the game at 13-all on its first possession after halftime, when McMillan threw a 52-yard TD pass to Jalen McCleskey.