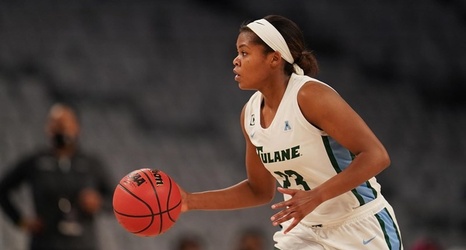 FORT WORTH, Texas – No. 4 Tulane extended its regular-season success against No. 5 Temple into the postseason, scoring an 83-73 win in the quarterfinal round of the 2021 Air Force Reserve American Athletic Conference Women’s Basketball Championship on Tuesday afternoon at Dickies Arena. The Green Wave became the first team to advance to the tournament semifinals with the victory.