Three From The American Named to CoSIDA Academic All-America Teams 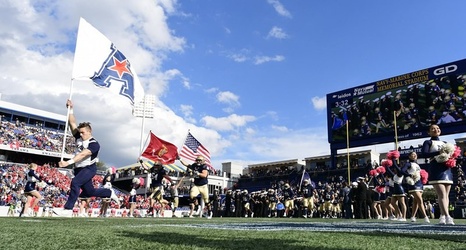 Navy slot back Travis Brannan and center Eric Cal were named to the first team, while USF punter Trent Schneider was a second-team selections.

Brannan, who sees time at slot back and on special teams, has a 4.0 grade-point average while majoring in ocean engineering. His service assignment is Navy pilot.

Cal, who also sees time on special teams and is Navy’s backup center, has a 3.93 grade-point average while majoring in chemistry.