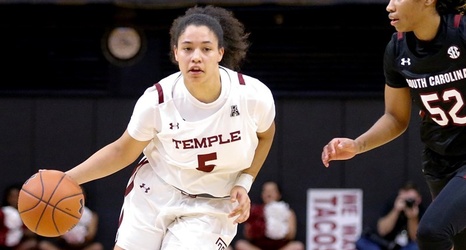 Players of the Week
Marissa Mackins * So. * G * Temple
Mackins dropped a career-high 28 points to lead all scorers in Temple’s 72-69 Big 5 win over La Salle on Monday. The sophomore connected on a career-high seven 3-pointers as part of a 10-of-22 performance from the field. Mackins added five rebounds, three assists and a steal as the Owls rose to 7-6 on the season.