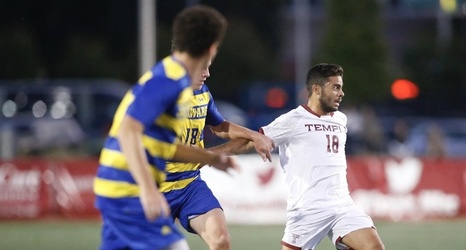 IRVING, Texas – The American Athletic Conference has announced the winners of the league’s weekly men’s soccer honors, for the week ending Sunday, April 11.

Offensive Players of the Week
Amir Cohen * So. * M * Temple
Cohen enjoyed an impactful offensive week for Temple as the Owls qualified for the semifinals of the American Men’s Soccer Championship for the third time in four seasons. Cohen scored the match-winning goal at 97:13 in the first overtime of a 3-2 Temple win over Memphis on April 6. He added the first goal of a three-goal flurry over the final 10 minutes of action in a 2-1 win at SMU on April 10.