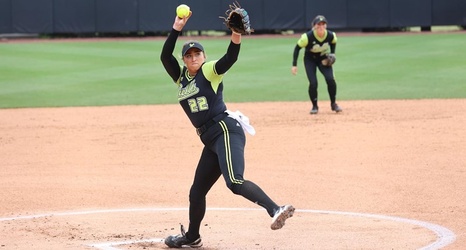 IRVING, Texas – Three players from the American Athletic Conference put an exclamation point on the 2022 softball season by securing National Fastpitch Coaches Association (NFCA) All-America honors on Wednesday afternoon. South Florida pitcher Georgina Corrick was named to the NFCA All-America First Team and Wichita State outfielder Addison Barnard and shortstop Sydney McKinney each claimed NFCA All-America Second Team accolades on the eve of Thursday’s opening day of the 2022 Women’s College World Series. The three All-America softball performers in a single season were the most for The American in conference history.

One of three national finalists for the 2022 USA Softball Collegiate Player of the Year award, Corrick captured All-America honors for the third straight season to go along with a third-team selection in 2021 and a second-team nod from the NFCA in 2019.