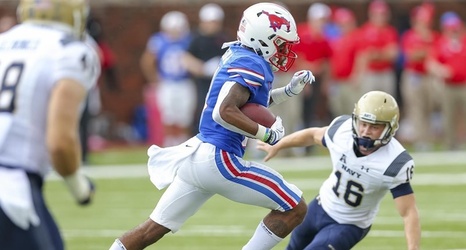 Six American Athletic Conference players are on the preseason watch list for the 2019 Biletnikoff Award, which annually recognizes the outstanding receiver in FBS football.

The preseason honorees include a pair of SMU players as the Mustangs’ James Proche and Reggie Roberson Jr. were selected.

The other players from The American under early consideration are Memphis’ Damonte Coxie, UCF’s Gabriel Davis, Tulane’s Darnell Mooney and Houston, Marque Stevenson.

Proche and Stevenson were both first team all-conference selections last season, while Coxie and Davis were second-team choices.