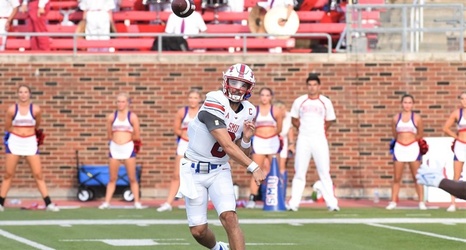 IRVING, Texas – The American Athletic Conference has announced the winners of the league’s weekly football honors for the third week of the 2021 season.

OFFENSIVE PLAYER OF THE WEEK
Tanner Mordecai • Jr. • QB • SMU
Mordecai passed for 395 yards and a career-high five touchdowns, including a 33-yard score as time expired, to give SMU a 39-37 win at Louisiana Tech. Mordecai was 36 of 48 (75%), turning in the most completions by an American Athletic Conference player this season. His 16 touchdown passes this season are five more than any other FBS player in 2021.