SMU Takes Down Houston in Overtime, 73-72 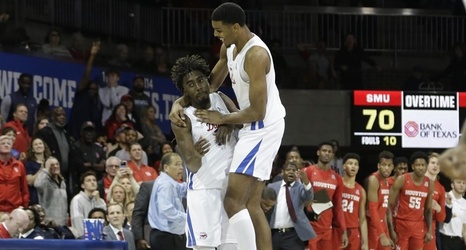 South Florida was held to a season-low 11 points in the first half on 5-for-17 shooting, including 0-for-6 from beyond the 3-point arc.