SMU is No. 1 Seed for 2022 American Men's Tennis Championship 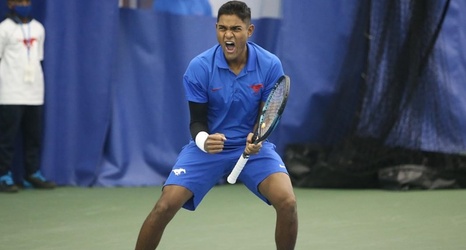 IRVING, Texas – SMU’s men’s tennis team has earned the No. 1 seed for the 2022 American Athletic Conference Men’s Tennis Championship, which begins Friday at the Michael D. Case Tennis Center at the University of Tulsa.

Seeds for the championships are determined by the ITA Collegiate Tennis Rankings.

SMU earned the No. 1 seed for the first time after the Mustangs went 19-6 in the regular season, including eight wins against ranked teams and seven wins against American Athletic Conference teams.