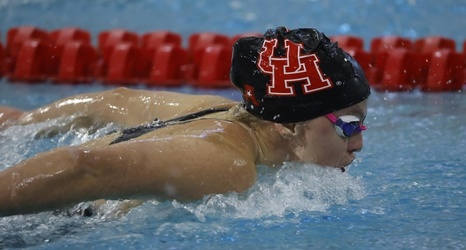 SMU extended its lead over Cincinnati in the men’s competition with 864 points to the 721 of the Bearcats. Defending four-time women’s champion Houston compiled 688 points through day two to lead host SMU (498.5), Cincinnati (472) and Tulane (410.5).

The Cincinnati men struck the first blow of the finals session in the 200 medley relay, as Blake Hanna, Dominic Polling, Michael Balcerak and Hunter Gubeno established a meet record with a time of 1:25.