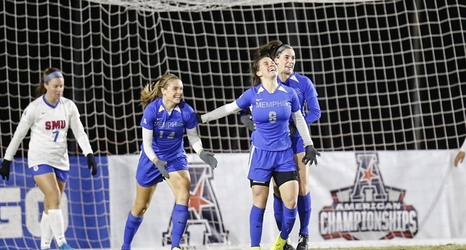 Memphis started off quickly as Lisa Pechersky scored less than two minutes into the match off a feed from Tanya Boychuk. Boychuk doubled the Tiger lead in the 39th minute when she converted a penalty kick.