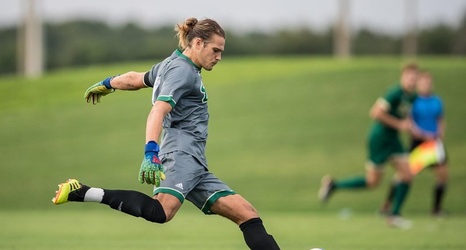 PROVIDENCE, R.I. – The American Athletic Conference has announced the winners of the league’s weekly men’s soccer honors for the week ending Sunday, Sept. 15.

Offensive Player of the Week
Sam Ashton * Sr. * F * Memphis
Ashton provided all three goals for Memphis in the Tigers’ 3-2 double-overtime victory at No. 11 Xavier on Saturday. His hat trick marked the first for a Memphis player since 2015, and the win for the Tigers was the first over a ranked opponent since 2011. Ashton converted on a penalty kick to even the score in the 48th minute, and then completed the comeback with the final two goals of the game, including the game-winner in the 109th minute.