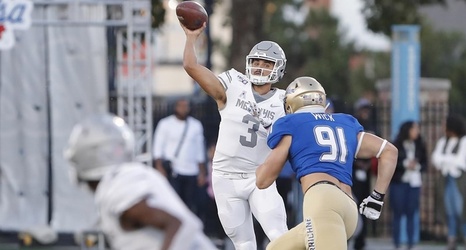 IRVING, Texas – The American Athletic Conference has announced the winners of the league’s weekly football honors for the opening weeks of the 2020 college football season.

OFFENSIVE PLAYER OF THE WEEK
Brady White • Memphis • Sr. • QB • Santa Clara, Calif.
White was chosen as the Davey O’Brien National Offensive Player of the Week after the opening week of the 2020 season as he led the Tigers to a 37-24 win against Arkansas State. White completed 27 of 37 passes for 280 yards and four touchdowns, including two third-quarter TDs that effectively put the game away.