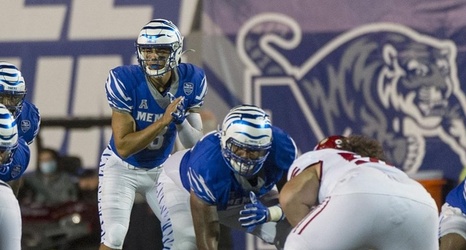 FORT WORTH, Texas — Memphis senior Brady White has been selected as the season’s first Davey O’Brien National Quarterback of the Week following his efforts in the team’s season opener on Saturday.

White completed 26 of 36 passes (72.2 percent) for 275 passing yards and four touchdowns in a 37-24 victory over Arkansas State. He also rushed for a career-high 39 yards on six carries. It was the fifth time in his career he threw for at least four touchdowns.

The native of Santa Clarita, Calif., is a member of the 2020 Davey O’Brien Award Watch List and was a semifinalist for the award a year ago.