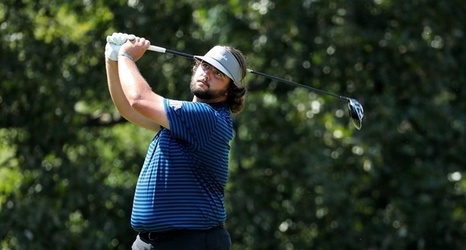 PROVIDENCE, R.I. – The American Athletic Conference has announced its Men’s Golf Player of the Week for the week of Monday, March 9.

Men’s Golf Player of the Week
Isaiah Jackson * Sr. * Memphis
Jackson carded rounds of 73-68-68=209 (-1) to place solo seventh at the Cleveland Palmetto Invitational at the Palmetto Golf Club in Aiken, South Carolina. Jackson’s efforts helped Memphis to a fourth-place showing in the 15-team field, which included a head-to-head win against No. 4 USC-Aiken on the par-70, 6,617-yard layout. Jackson was one of seven golfers in the 75-player field with multiple rounds in the 60s during the tournament and logged only eight holes above par with the tournament’s scoring average finishing at 73.