Four Teams From The American Ranked In First CFP Top 25 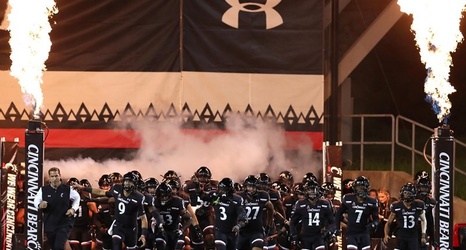 Four teams from the American Athletic Conference were included in the first edition of the College Football Playoff selection committee rankings of the 2019 season.

Among the 10 FBS conferences, only the Big Ten (six) and SEC (five) had more ranked teams than The American. The Big 12 also had four ranked teams, while the ACC and Pac-12 had two each.

The initial 2019 announcement marks the second time that The American has had four teams in a CFP ranking.