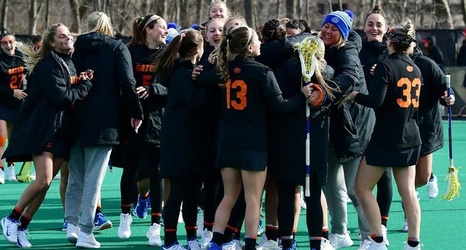 Florida 15, Maryland 14
COLLEGE PARK, Md. –The No. 14 Florida lacrosse team stunned top-ranked and defending national champions Maryland on Saturday afternoon, winning the game 15-14 after scoring the game-winning goal with less than a minute to play.

This win is also the first time since April 12, 2012 that the Gators have knocked off the top-ranked team in the IWLCA rankings (Northwestern, 8-7).