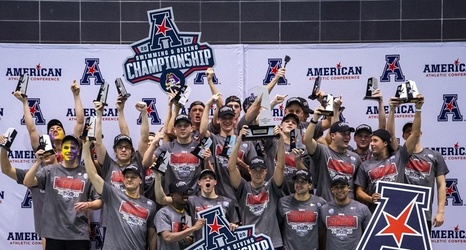 HOUSTON, Texas – East Carolina and Houston both officially brought home fourth team championships in The American after securing the top spots in the final standings of the 2020 American Athletic Conference Swimming and Diving Championships at the CRWC Natatorium.

For the first time since 2017, ECU sat atop the men’s table with 845 points to narrowly edge out two-time defending champion Cincinnati (838 points). SMU was third in the men’s draw with 763 points, followed by UConn in fourth with 588 points.

Houston won its fourth women’s crown in as many seasons with a dominant total of 952.