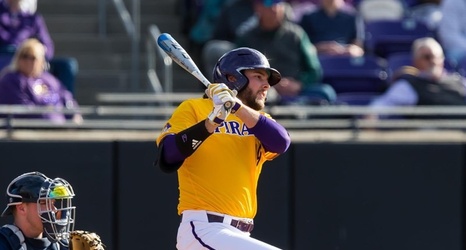 PLAYER OF THE WEEK
Alec Burleson, Jr., LHP/UTL, ECU
Burleson hit .667 (10-for-15) with seven runs scored, along with a home run and four runs driven in as ECU went 4-0 last week, including a sweep over Charlotte. The junior also had an OPS of 1.565. The junior hit 3-for-3 on Friday night (March 6) as he also picked up the win on the mound.

PITCHER OF THE WEEK
Evan Shawver, So.