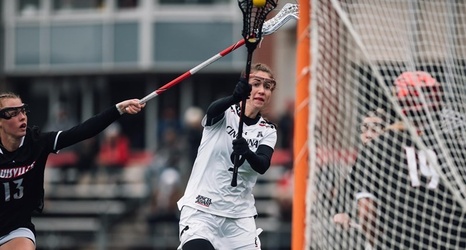 PROVIDENCE, R.I. – The American Athletic Conference has announced the winners of its weekly women’s lacrosse honors for the week-ending March 8.

AMERICAN ATHLETIC CONFERENCE ATTACK PLAYER OF THE WEEK
Monica Borzillo • A • Sr. • Cincinnati • Devon, Pa.
Borzillo scored seven goals with eight assists for 15 points - the most by an American Athletic Conference player last week - in a 2-0 week for the Bearcats. She had two goals with four assists in a 16-14 win against Setson, while she added five goals and four assists in a 25-8 victory at Kent State.