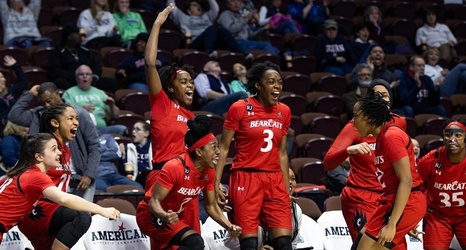 UNCASVILLE, Conn. – No. 3 seed Cincinnati erased an 11-point halftime deficit and stormed past No. 2 seed UCF 57-51 in the second semifinal of the 2020 American Athletic Conference Women’s Basketball Championship on Sunday at the Mohegan Sun Arena. The Bearcats advance to their first American final and face top-seeded UConn in the tournament championship game on Monday at 7 p.m. (ET) on ESPN2.

IImar’I Thomas paced all scorers with 21 points on 7-of-10 shooting from the floor, pulling down eight rebounds and blocking three shots for Cincinnati. Angel Rizor turned in 13 points and nine rebounds in the victory, and Antoinette Miller notched 12 points and five assists for the Bearcats.