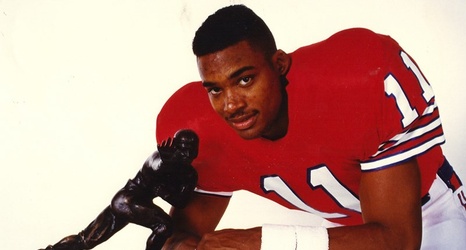 The headline in the Los Angeles Times read, “Invisible Ware Gets Hardware.”

The New York Times? The first paragraph from its story read, “Andre Ware, the University of Houston quarterback whose passing exploits had been all but drowned out by a chorus of derision, silenced his critics yesterday, when he was named the winner of the 1989 Heisman Trophy as the nation’s outstanding college football player.”

When you look at it today, with roughly 30 years of hindsight, there was no reason why Andre Ware should have been anywhere near the Heisman conversation.