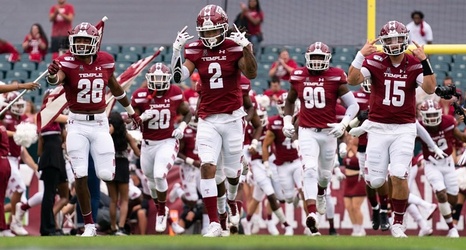 THE GAME
The Military Bowl is the only bowl game to be played in the Washington, D.C., region and the first to be played on the campus of one of the nation’s service academies … The Military Bowl has provided more than $900,000 to the USO and other organizations that support the nation’s military … American Athletic Conference teams are a combined 3-2 in the Military Bowl since the league’s formation in 2013 … Navy has provided two of the wins — a 44-28 victory against Pitt in 2015 and a 49-7 decision against Virginia in 2018 — before Cincinnati topped Virginia Tech 35-31 last year … Teams that are current members of The American are a combined 3-5 in the Military Bowl since the game’s inception … This year’s game will be the first meeting between Temple and North Carolina, which both began playing intercollegiate football before the turn of the 20th century.